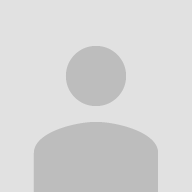 lomiphene is a long trusted oral medication relied upon for its safety, effectiveness and relatively low cost. Clomiphene is used to treat absent or irregular menstrual cycles (ovulation induction), to address a condition called luteal phase defect by increasing progesterone secretion during the second half of the cycle and to make menstrual cycle lengths more predictable, thus improving the timing of intercourse or artificial insemination. Clomiphene may also be used to enhance ovulation in women who are already ovulating (ovulation augmentation).

How does Clomiphene Citrate work?

Clomiphene triggers the brain's pituitary gland to secrete an increased amount of follicle stimulating hormone (FSH) and LH (luteinizing hormone). This action stimulates the growth of the ovarian follicle and thus initiates ovulation.

During a normal menstrual cycle only one egg is ovulated. The use of clomiphene often causes the ovaries to produce two or three eggs per cycle. Clomiphene is taken orally for 5 days and is active only during the month it is taken.

Clomiphene used in conjunction with a medication called Provera may be effective in initiating menstruation and ovulation in women who have no menstrual cycle:

If ovulation doesn't occur during this initial clomiphene dosage, another course of provera will be prescribed and the dose of clomiphene increased until ovulation occurs. It may be possible to begin another clomiphene cycle immediately or, if residual cysts are present on the ovarian follicles, a 'rest' cycle may be advised before resuming treatment.

If ovulation cannot be induced even with a higher dose of clomiphene, this form of treatment will be discontinued, and ovulation induction may be attempted again using a different form of fertility drug (letrozole or gonadotropins).

In women that menstruate regularly on their own, clomiphene may be used to help the ovaries to produce more than one mature egg. This is sometimes referred to as "superovulation." The process is as follows:

If the clomiphene cycle did not produce sufficient egg follicles, it may be possible to begin another cycle immediately; or, if residual cysts are present on the ovarian follicles, a rest cycle may be advised before resuming treatment.

Ovulation predictor kits detecting the LH surge may demonstrate false positive results if testing begins near the time of clomiphene citrate administration. If patients start ovulation predictor kit testing on cycle day 9 or earlier, there is a high probability of obtaining a false positive result. For that reason, we recommend caution in testing too soon.

If a patient is not pregnant and menses occurs, the same dose of clomiphene is given after a normal pelvic sonogram. We usually recommend up to 6 cycles for ovulation induction patients and up to 3 or 4 for ovulation augmentation patients.

Possible side effects of Clomiphene include:

Of women who are anovulatory (unable to produce an egg each month), approximately 70% will ovulate when treated with clomiphene; and conception rates consistent with a patient's age should be achieved. Women less than 35 can achieve pregnancy rates of 20-25% per month as long as there are no other significant factors present. Older patients may not achieve these rates as their declining egg quality will become a factor. We stress that success rates are highly individual and depend on a number of factors. The best thing to do is have a thorough discussion with one's RE physician to gain a better understanding of the likelihood of success with this or any treatment plan.

There are alternate fertility treatments for those who do not become pregnant with clomiphene therapy. If 3-6 full clomiphene cycles do not result in a pregnancy, other methods of ovulation induction can be recommended. For older patients, gonadotropins and intrauterine insemination may be recommended. For younger patients, in whom the risk of multiple gestations may be too high with gonadotropins and IUI, In Vitro Fertilization may be the next best step that will be recommended.

View more of our products

What is Levotiron Levotiron is a replacement for a hormone normally produced by your thyroid gland to regulate the bodys energy and ...

HERBITUSIN FOR BRONCHI AND THROAT WITH GREEN APPLE FLAVOR * 4 Lollipops

1. What Flosteron is and what it is used for What is Flosteron? Flosteron contains the active substance betamethasone, which is a synthetic ...

1. What DULCALAX PICO is and what it is used forDULCOLAX PICO is a locally acting laxative that stimulates intestinal peristalsis and ...